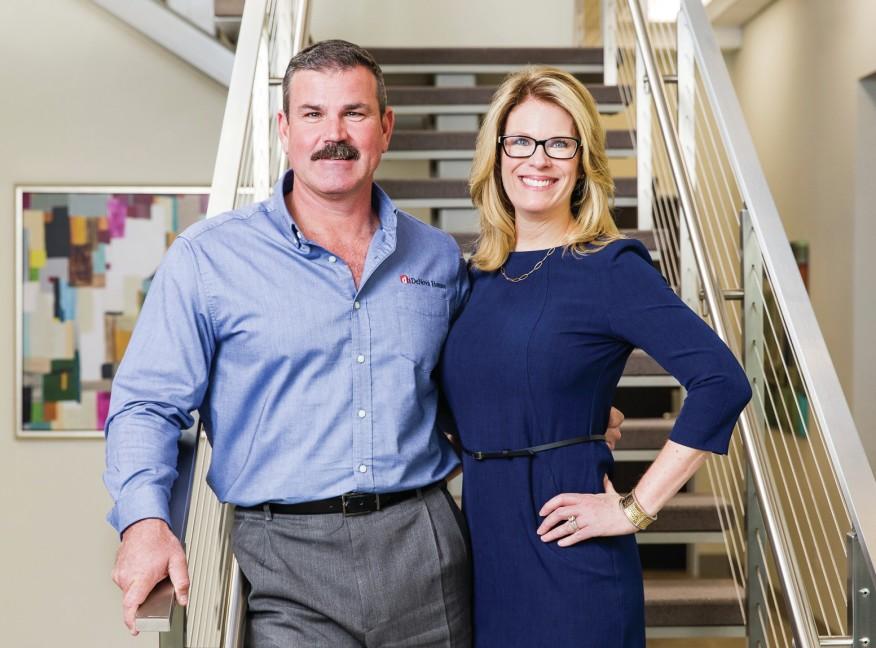 Dave and Lori, president and executive vice president, respectively, of Concord, Calif.–based DeNova Homes, both grew up doing charity work. Lori volunteered with her mother in the nursery at the local crisis center, and Dave packaged food in food banks and helped developmentally disabled children. Philanthropy has naturally been part of their partnership and their company since its inception.

The pair rushed down to New Orleans with two finish carpenters after Hurricane Katrina to help rebuild a Ninth Ward church. At home, they are champions of HomeAid Northern California, a nonprofit that builds and maintains communities that provide housing, training, and resources to homeless families to help them regain self-sufficiency. The Sansons help build one or two homeless shelters each year and raise hundreds of thousands of dollars to keep the organization running.

“Dave and Lori are a very giving couple because they figure they’ve been sofortunate in business, it’s part of what they just have to do,” says HomeAid Northern California executive director Cheryl O’Connor. “All I have to do is say, ‘Hey, Dave or Lori, can you do this?’ And they say, ‘Of course, Cheryl.’ They always make time to give back.”

The Sansons were introduced to HomeAid through what Dave calls a “surreal set of circumstances.” In 2004, they stepped in and took over an ABC-TV “Extreme Makeover: Home Edition” project in Martinez, a neighboring city, when another builder backed out. In one cold, rainy week, Dave and Lori led a team of 1,200 people—including DeNova employees, subcontractors, Oakland Raiders players, firemen, and volunteers—who worked 24/7 to tear down and rebuild a two-story home for 17-year-old Jhyrve Sears and her family. The teen, who suffers from a rare degenerative disorder, had been forced to move out of her home because her fragile immune system would not tolerate its mold issues.

The rebuilt home, with hospital-grade air filtration and a custom bathroom and gym for Jhyrve, was done in time for the family to move in by Christmas that year.

“It was scary as heck, believe me,” recalls Lori, who is pretty sure Dave had PTSD for a couple of months afterward. “He was literally waking up at 3 every morning, saying, ‘No! You can’t leave!’ He demolished and rebuilt that house in four days and eight hours—‘Extreme Makeover’ says they give you a week, but it’s really five days—and except for one time that I forced him to leave and take a nap for three hours, he was there, nonstop, the whole time.”

Dave has forgotten all that. He remembers “a great uplifting, team-building experience, not just for us but for our contractors and the city, other people in the community.” He saw the immense power of people coming together for a cause and how quickly things can happen when the private sector and government agencies collaborate. The team broke ground two weeks after applying for permits—“in our world, the blink of an eye,” he says.

To this day, people—especially government agency workers—ask Dave and Lori how they managed to get the city of Martinez to cooperate so quickly. Dave tells them it was teamwork. Lori adds: “You don’t know my husband. When he puts his mind to something, it’s going to happen.”

During the “Extreme Makeover” project, Dave and Lori realized they needed to partner with a 501(c)(3) nonprofit so they could accept tax-deductible donations from vendors and subcontractors. The Home Builders Association of Northern California referred them to HomeAid, its philanthropic arm, and by January—weeks after the makeover, while he was still barely able to walk or talk from sheer physical exhaustion—Dave was appointed to the board of directors. A few weeks later, he stepped in as builder captain on a homeless shelter. When HomeAid board members realized they could get “two for the price of one,” says Dave, they recruited Lori to the board, too. “They recognized talent when they saw it in Lori,” he says.

The Sansons have been HomeAid’s go-to builder captains—and much more—ever since. They pay their employees to build or repair shelters during “care days” and drum up support and volunteers for HomeAid everywhere they go, says O’Connor. “We have other supporters who support part of what we do, but Dave and Lori do all of it—community outreach, collection drives,” she says. “When they take on building a shelter, they also support the essentials drive and bring in their employees for care days—it goes on and on.”

For a major remodel of the STAND! For Families Free of Violence domestic violence shelter in Contra Costa County, Lori and Dave gave in-kind donations of more than $250,000, and they didn’t stop there. The couple attended an event at the shelter during which a mother stood at the podium and talked about how STAND! had saved her from a life of abuse and was helping her get back on her feet. She mentioned that she had to give up her car when she left her abusive husband. Upon hearing that, Dave and Lori decided to give her a car. When it was delivered to the shelter, the woman cried.

The Sansons donated more than $800,000 in-kind and $150,000 personally to build a 6,000-square-foot women and children’s shelter, Mission Solano’s Bridge to Life Center in Fairfield, Calif., and are now leading the charge to raise $500,000 in in-kind donations for a $1 million culinary kitchen and dining hall that Dave will build. Ron Marlette, founder and CEO of Mission Solano, says the couple’s passion and compassion are contagious.

“Dave and Lori have learned something that can only be learned by doing and not saying—that the more you give, the more is given back to you,” Marlette says. “That’s not always monetary. They’re filled with joy in giving to others. You see it in their faces, you see it when they’re working. It’s something they realize they’ve been born to do.”

Building industry colleagues see them as an inspiration as well. “Dave and Lori live life to the fullest and are always there to give to people who need a hand up in life,” says John Ryan, Brookfield Residential division president for Northern California and a member of the HomeAid board’s executive committee.

Bruce E. Ring, HomeAid board member and partner with Ring Hunter Holland & Schenone, says the Sansons define what it means to walk the talk. “It’s easy to donate money, which they do ... but committing and regularly making the time needed to make a difference in the lives of others can be difficult for successful individuals and companies,” he says, noting that the Sansons “not only devote the time that is needed, but they also make it a priority.”

In 2010, Lori created Hope for the Homeless, HomeAid’s major annual fundraiser featuring celebrity comics like Dana Carvey and Lily Tomlin, which has brought in more than $1 million over seven years. In 2016, the Sansons’ friend, country music star Lee Brice, performed a charity concert for HomeAid in front of 1,800 people, bringing in another $200,000.

The Sansons hired Brice and his crew to play at their 25th wedding anniversary bash at the family’s ranch in 2011, when the superstar was still playing county fairs. Brice and his Nashville-based crew fell in love with Sugarloaf Ranch and its owners, and the concert fundraiser was hatched during subsequent visits. Wayne Pauley, the Lee Brice Tour production manager, says he’d do anything for the Sansons because “we’re family now.”

“Dave and Lori’s willingness to be giving human beings is inspiring to everyone who meets them. It’s a big giant love fest,” Pauley says. “I think the key to who they are gets back to their upbringing, to the core of who they are as people. It sounds cliché, but as we say in the South, ‘It’s how they was raised.’”

Dave and Lori are aware of their good fortune, and they’ve instilled that understanding in their sons, Trent and Connor, who participated in DeNova “care days” and other charitable events since they were young. Both were chairmen of their fraternity philanthropy committees in college, and Trent is now the project manager for all homeless shelter projects at DeNova. O’Connor calls him a “mini-me of Dave.”

Lori will never forget an encounter she and her sons had with a homeless woman when the boys were young. They bought the woman food and supplies, and it left a deep impression on Trent and Connor. For the next couple of weeks, the boys talked constantly about the woman and wondered how she was doing. “When you’re not afraid to show your kids that it’s OK to look someone who is not the same as you in the eye and have a conversation with them, it opens hearts,” Lori says.

That’s the spirit Pauley admires in the Sanson family. “One of their biggest things is giving back to the community, and they seem to be pretty adamant about using their resources, their stature, and their ability to get things done—and they can get shit done,” he says. “They’re truly inspiring in every aspect of the word.” 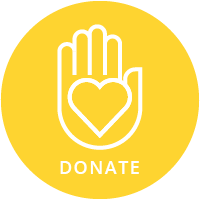 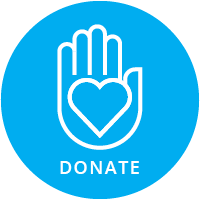 This site uses cookies to provide you with a great user experience. By using , you accept our use of cookies.